Magnetotherapy Qs Vet: ideal to promote biological effects both in the field of bone consolidation defects and delays and in the field of neurological and orthopaedic disorders.

The functioning of ASA Magnetotherapy devices, based on the scientific principles of ELF (Extremely Low Frequency 1–100 Hz) pulsed magnetic fields, is characterized by low frequency and low intensity.

The mode of action by which the pulsed electromagnetic fields promote biological effects in the fields of bone union delays and defects, is mediated by intracellular Calcium (Ca2+) concentration, in relation to the plasmatic membrane potential and the corresponding ionic currents.

Electromagnetic fields can have a significant impact on matter, related to:

Extremely low-frequency electromagnetic fields cause various biological effects by altering intracellular ion homeostasis (notably, that of calcium) that can affect many biological processes such as the release of neurotransmitters.

Extremely low-frequency electromagnetic fields produce charge displacement, moving ions between cells, therefore inducing the piezoelectric effect, which is fundamental in bone regeneration processes. Based on this effect on bone, magnetotherapy can be applied for accelerating the healing of delayed union/non-union fractures and to relieve pain and limit bone loss in osteoporosis. 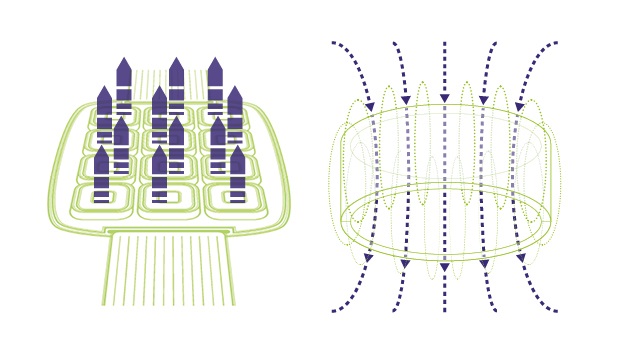 Magnetotherapy has a chondroprotective effect on articular cartilage by: