Romeo, a cat with a fractured left femur and a severely injured right leg

Clinical case
Romeo was taken to the clinic with injuries to his back legs. It was suspected that he had been run over a few days earlier and an X-ray study of his back legs and pelvis was performed.

Side examinations and treatment plan
Immediately after the examination, X-rays of his legs and of the end of his right paw were taken. A fracture of the left femur and severe soft tissue impairment of the end of the right leg were found, which could also be seen in the X-ray image.

Romeo was operated to reduce the fracture of the left femur. The bone was stabilised with an intramedullary nail and two cerclages.
The wound on the distal side of the other leg was surgically groomed and partially sutured. During surgery, severe involvement of the subcutaneous plane was noticed, with tissue loss and heavy bacterial contamination.

At 5 days after the surgery, the wound seemed to get worse and MLS® Laser Therapy was started, in addition to systemic antibiotic therapy and topical therapy.
The «Wound (infected)» program was used for the first three sessions, then the «Wound» program was used for 12 treatments in total.

Romeo recovered and was adopted. 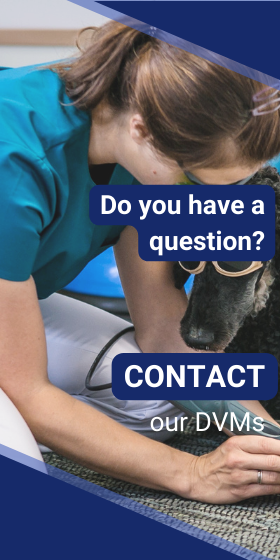