MLS® in the treatment of post traumatic complications of a Spitz

In order to treat multiple fractures of the left metacarpus occurred in a road accident, and the subsequent post-operative complications, a Spitz dog underwent a rehabilitation program divided into 5 phases, functional to ensure its recovery.

The study “Post traumatic complications in the distal limb of a Spitz dog. Assessment and results of a physiatry protocol” (M. Lopedote, J. Bolzoni, S. Valentini, G. Spinella) evaluated the results on the animal of the application of a physiotherapy-rehabilitation protocol divided into sessions of MLS® Laser Therapy, physical therapy sessions which included massage, swimming, under water treadmill and exercises to be done at home.

MLS® Laser Therapy was applied immediately in the early stages of the protocol:

The laser therapy was subsequently interrupted following the VAS assessment certifying the absence of pain.

After 5 months, at the end of the two-three-week cycles of sessions, the Spitz resumed its normal step and dogtrot walk showing a slight lameness only at more sustained gaits.
Compared with the first session, the muscle circumference of the affected limb had also significantly increased. 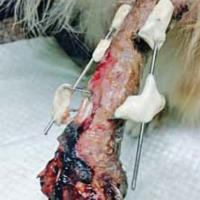 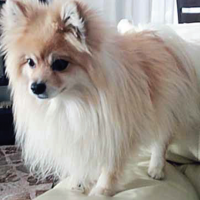